There are numerous benefits in replacing carburettors with electronic fuel injection (EFI) with some of the key benefits being optimised power, torque, fuel economy and emissions. An engine management unit provides maximised performance and reliability whilst enhancing the driveability. A conventional carburettor and mechanical advance distributor can only offer a compromise as the fuel mixture and ignition timing curves cannot be precisely controlled.

A DCOE carburettor provides fuel control by purely fluid dynamic means, utilising jets to control fuel flow while a butterfly controls airflow. The relationship between the airflow and the fuel flow is essentially adjusted mechanically, but various methods have been used over the years in an attempt to provide a form of compensation for different operating conditions however the end result will never be as effective as EFI.

EFI equipped engines generally provide higher power and torque than a carburetted versions of the same engine. It is difficult to optimise power and/or torque across a wide range of engine speeds with carburettors, whereas EFI systems are capable of optimising air/fuel ratios and ignition timing over the whole range of operating speeds while at the same time compensating for other factors in order to maintain optimum performance on a continuous basis.

Engines equipped with EFI are inherently more reliable than carburetted engines. This follows from the ability of the control system to maintain optimum air/fuel. Random engine stoppages, oiled spark plugs and other problems associated with sub-optimal air fuel ratios are eliminated. Carburettors tend to go out of tune and this necessitates constant adjustment. EFI engines on the other hand remain constantly in the same state of tune. This not only improves reliability but also reduces the amount of routine maintenance that is required.

EFI systems invariably produce lower fuel consumption than carburetted engines. Carburettors tend to deliver a rich mixture (excessive fuel to air ratio) at both low power output and at high power output. Carburettors are particularly inefficient when used in varying power conditions, as it is difficult to optimise the air fuel ratio for all throttle settings. Effective altitude compensation is difficult to achieve with carburettors, whereas with EFI, altitude compensation is built into the system and works seamlessly.

Another major benefit of EFI systems is the greatly improved cold and hot starting performance. The ability of an engine to be started under a wide range of operating conditions, from very hot to very cold ambient temperatures, from sea level to high altitude and from engine temperatures that range from cold start to hot start is vitally important.

The concept of retro-fitting fuel injection to classic cars is nothing new however the aesthetics have always been a problem due to the only option being to fit motorsport derived Individual Throttle Bodies (ITB’s) until now… Designed and manufactured in-house by Jenvey Dynamics, the new Heritage Throttle Body has been developed with ourselves and boasts all the plus points associated with Individual Throttle Bodies, yet manages to marry these with the subtle, understated looks of a period carburettor ensuring that it won’t look out of place in the engine bay of any classic vehicle. The Heritage Throttle Body is an entirely homogenous replacement for traditional carb setups that will fit any vehicle currently running any DCOE carburettor model.

We have developed a fully sequential fuel injection system to suit the Aston Martin David Brown six-cylinder engine with a combination of engine dyno, rolling road and road testing to optimise performance and reliability. Particular attention to detail with the aesthetics means at first glance an engine equipped with our system appears like any other carburetted engine. Extensive testing has shown vast improvements over carburetted configurations as can be seen in the dyno graph when compared with SU’s. Most noticeable is the increase in low end torque, near instant throttle response and smoothness which can only be achieved with something that has as precise as modern electronic fuel injection. 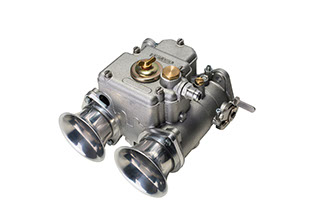 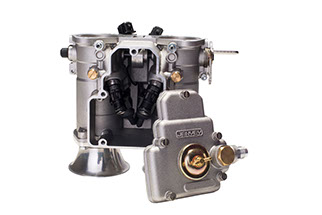 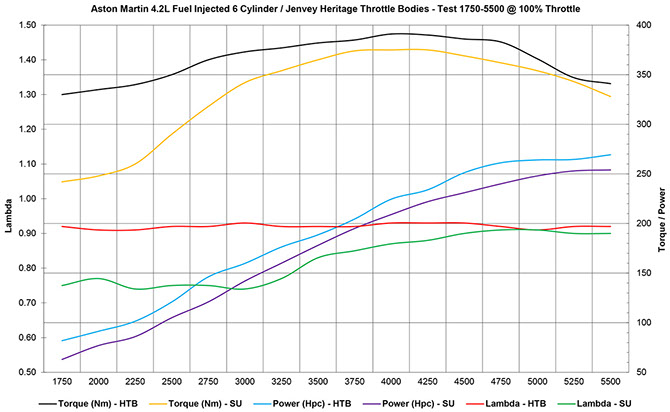 To discuss a conversion for your vehicle or to be notified of future developments and availability please contact us with your requirements. 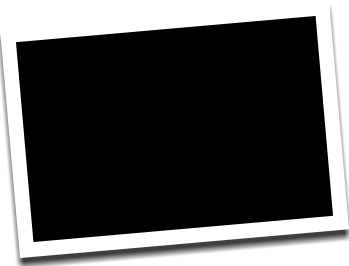 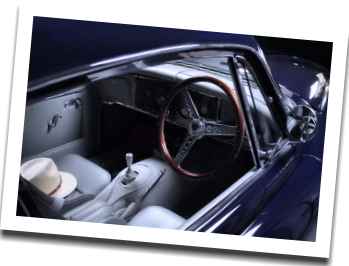 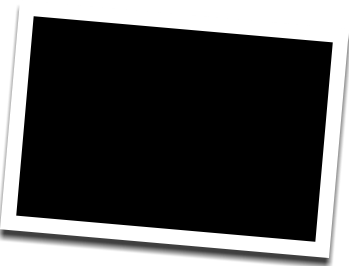 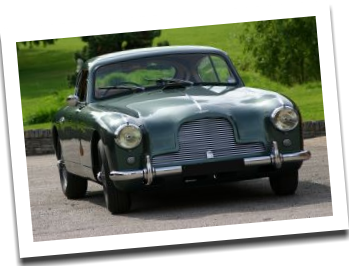